2017 has been a bumper year for Japan’s tourism sector. 21.2 million visits from January – September this year, meeting the 20 million mark a month earlier than in 2016. There seems to be no stopping Japan’s tourism sector over the last few years; its growth has been remarkable. In 2011, 6 million tourists visited Japan and in 2016 that figure was 24 million.

2017 has been a bumper year for Japan’s tourism sector, with 21.2 million total visits from January – September, meeting the 20 million mark a month earlier than in 2016. There seems to be no stopping Japan’s tourism sector over the last few years; its growth has been remarkable. In 2011, 6 million tourists visited Japan and in 2016 that figure was 24 million. 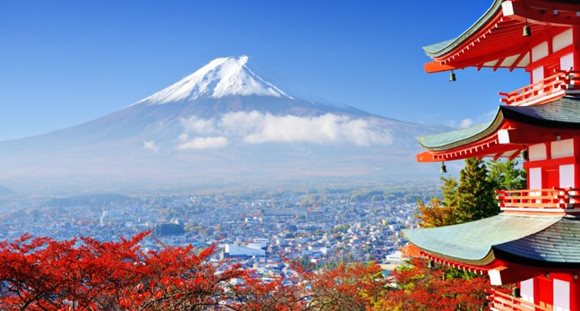 Last year saw a modest 18,000 visits from Turkish tourists, but Japan has firm plans for upping this number. As a visa-free destination for Turkish citizens, Japan could be welcoming a fair few more Turkish tourists over next few years.

We spoke to Akihide Takeo, of the Japan National Tourism Organization (JNTO), ahead of EMITT 2018 to find out what Turkish tourists can expect from this extraordinary Asian destination.

What brings you back to EMITT in 2018 and what are you looking to promote?
EMITT is one of the biggest travel fairs in Turkey. We are working closely with Consulate-General of Japan in Istanbul to promote Japan as a leisure destination to people in Turkey.

What tourism products are you offering for 2018?
We’re trying to promote Japan as a leisure destination. We have the Rugby World Cup 2019 coming up in Japan, so we’re pushing the 12 host cities and regions where stadiums are located.

What differentiates Japan from other destinations?
Japan has such unique traditions, culture and cuisine. Our country really is unlike any other. Japan also has incredibly diverse natural features such as icebergs in Hokkaido and the coral reef in Okinawa.

What are the most popular attractions or activities that bring people to Japan?
Tourists are primarily interested in eating Japanese food and experiencing Japanese culture. Tokyo and Kyoto are by far the most popular destinations in Japan and most European tourists come between March-April and October.

What type of companies will be exhibiting with you in the national pavilion?
We will have three co-exhibitors this year, which are Tonichi Travel Service, Miki Travel, and Heisei Enterprise. They provide a wide range of services including travel, transportation, IT and software services, entertainment tourism and hotel equipment.

Venue
TUYAP Fair & Congress Centre, Büyükçekmece, Istanbul
This fair is organized under supervision of TOBB (The Union of Chambers and Commodity Exchanges of Turkey) in accordance with the law no. 5174.
Contact & Help
info.turkey@hyve.group
Helpline
+90 212-266 70 10
Visitor Support
+90 212-266 70 10
Full Contact Details
Organised By