The tourism industry in Turkey in 2019

Turkey’s tourism industry has been going from strength to strength in recent years. After a tough year in 2016, tourism in the country has seen a strong recovery. 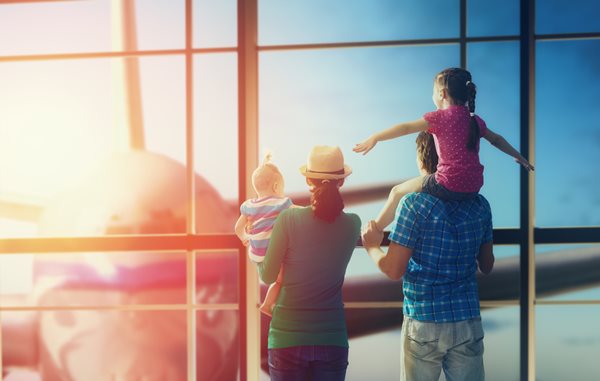 With political tensions running high, and with charter flights from Russia banned in 2016 – Turkey’s no.1 source market – the number of inbound tourists to Turkey fell from 36 million to 25 million in 2016. In the years since, and with Russia firmly back on the scene, total inbound figures rose to 32 million in 2017, and rose even further to 39 million in 2018 – surpassing pre-crisis levels.

The outlook is certainly continuing to look positive for 2019 too. Early indicators predict record figures from Germany, China and the UK.

In the first five months of 2019, the number of international tourists in Turkey increased 11.3% year-on-year to reach 12.76 million people. This is the highest number for the last five years.

After political tensions between the two countries, German tourists have increasingly chosen Turkey for their holidays. In 2018, 4.5 million Germans travelled to Turkey and booking figures in late January 2019 are 58% higher than the previous year. Turkey is the second most popular destination for German tourists for the summer 2019 season, according to the German Travel Association.

The number of Chinese tourists too is expected to soar 59% to reach 500,000 in 2019 thanks to increased flights. Beijing and Istanbul and Ankara, Istanbul and Chengdu and Wuhan and Kunming. The two countries have been working together to increase the number of Chinese tourists travelling to Turkey to 1 million and last year’s ‘Turkey Tourism Year’ in China has made progress towards this goal.


Turkey a favourite for Russian tourists

After a return to the market, Russia is going strong as a key source market for Turkey. For the past two years, Turkey has been the most popular holiday-spot for Russians, with 2018 seeing 5.7 million Russians heading to Turkey. In 2019 that’s set to grow even further to reach over 6 million, according to TURSAB. Turkey’s geographical location, holiday facilities designed to suit Russian preferences and relatively easy visa-procedures make it the ideal destination for Russian holiday-makers.

Turkey has also seen a rising number of tourists from Ukraine heading over from across the Black Sea. Every year, figures rise, reaching a record 1.35 million in 2018. With visa-free travel and the ability to enter Turkey with just an ID card, along with increased direct flights, there’s no signs of this trend stopping in the near future.

It’s clear that Turkey is succeeding in maintaining its role as a key destination for tourists from across the world.


The Turkish outbound market is seeing equally positive indicators. Despite the overall number of outbound trips for the first 5 months of 2019 falling 2.5%, the decrease was mostly in terms of business trips, and leisure trips increased 13.8%.

In the first quarter of 2019, tourism spending per capita by Turkish tourists abroad increase 1.5% to reach $529 USD per person per trip, according to the Turkish Statistical Institute.


Attract more Turkish tourists to you

The East Mediterranean Tourism and Travel Exhibition, EMITT, Turkey’s leading event of its kind, is the best place to gain access to the Turkish travel industry.

Increase your brand awareness in Turkey and the surrounding region by exhibiting at EMITT 2020.

Enquire today to secure a stand ahead of your competition.
ENQUIRE NOW
Back